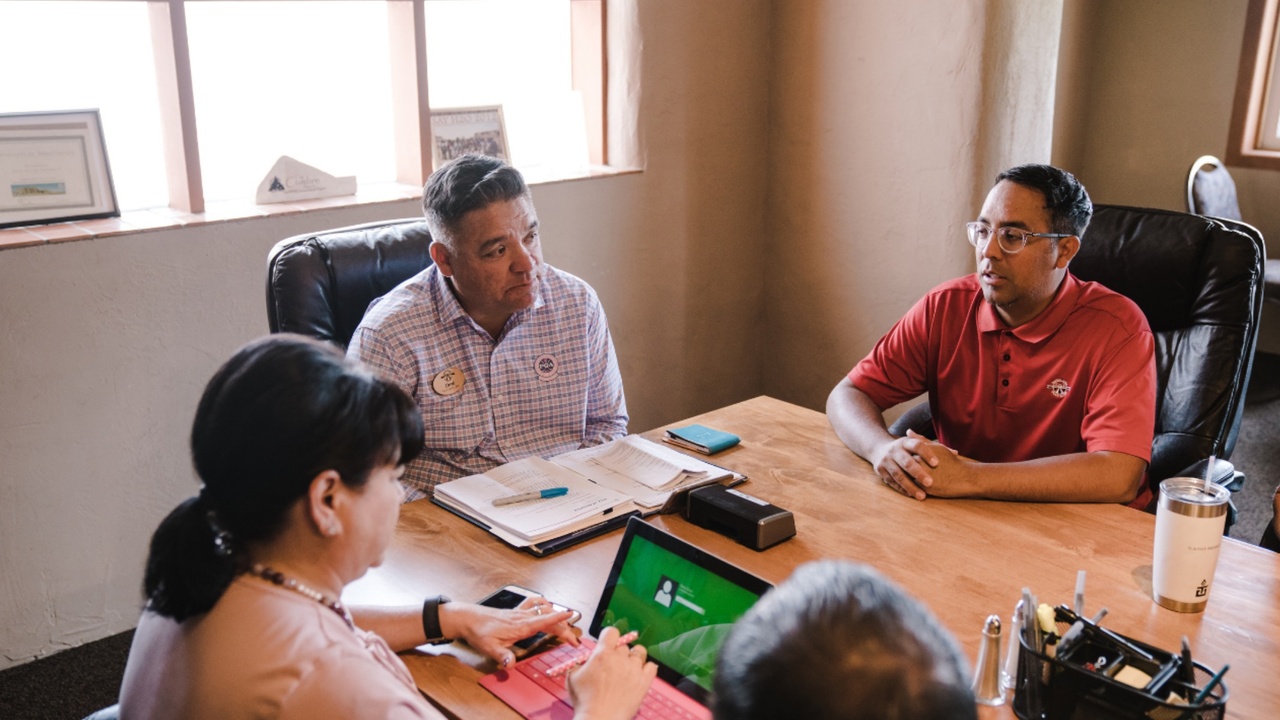 Yeah that’s right I said not enough meetings will cultivate problems. All kinds of problems. Most pest control companies have what I call the “got a minute” problem. They don’t have actual meetings they have: 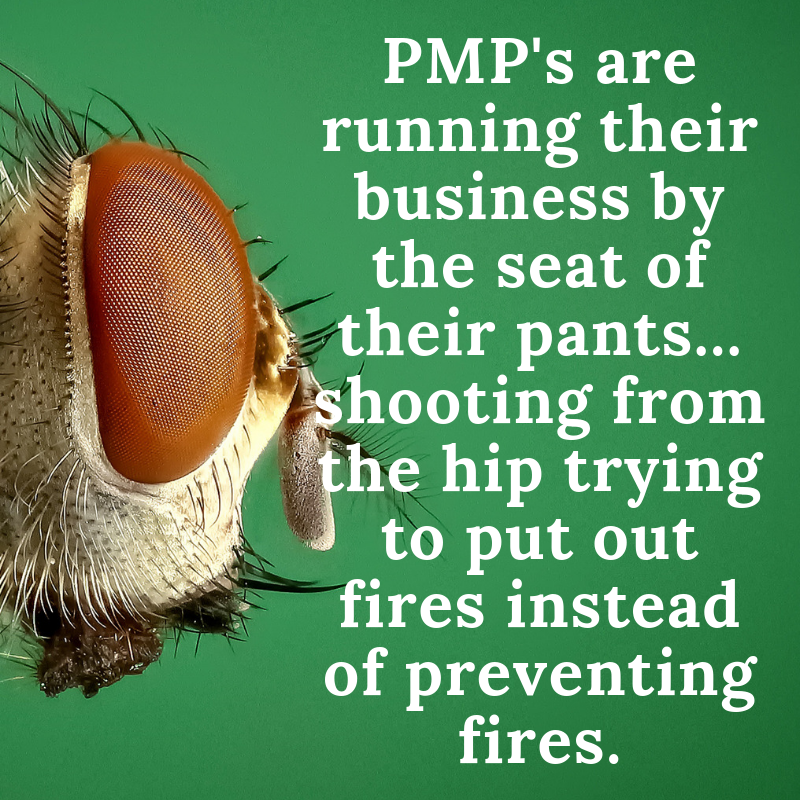 Hey man you got a second?

Hey man you got a minute?

I need to talk to you about something...

It’s like this for the smaller pest control companies because they generally are passing each other in  the same room before they head out for the day.  Or they have immediate access to the owner 24 seven.

They are running their business by the seat of their pants... shooting from the hip trying to put out fires instead of preventing fires. Having a productive high impact meeting weekly keeps everyone in the know and you in control.

I know what you’re thinking, not another meeting. Meetings are bad. Meetings are a joke. This thinking has been out there because most larger pest control companies are notorious for unproductive meetings that go on forever and never produce any real results.

Too many business owners or managers are lousy at keeping meetings short and to the point. Because of this lack of control most meetings become a waste of time. Everything is just out of whack and there’s no flow or meaning. Therefore, the person putting on the meeting feels the meeting itself is the culprit rather than their inability to run the meeting. So, the meeting becomes a pseudo-meeting, something that has to be done and gotten through rather than a training and information period... so they simply just decide not to have any meetings.

Brad‘s gunslinging management style was probably his best entrepreneurial trait. Brad was a master at decisive action, which serve him well in the start up stage of his pest-control business, when he could still touch all aspects of the business. He had a small team in the beginning, which consisted of himself, his wife and one other technician. Brad was determined to grow his business and he did. As the business matured, Brad‘s ability to deal with all aspects of his business got away from him. Multiple times each day people would call or step into his office requesting some “got a minute” time. Sometimes he had time to handle the issue, but most of the time he had way too much stuff on his plate. Brad became frustrated with all of the poor communication and even had a problem with poor morale. It’s hard to believe 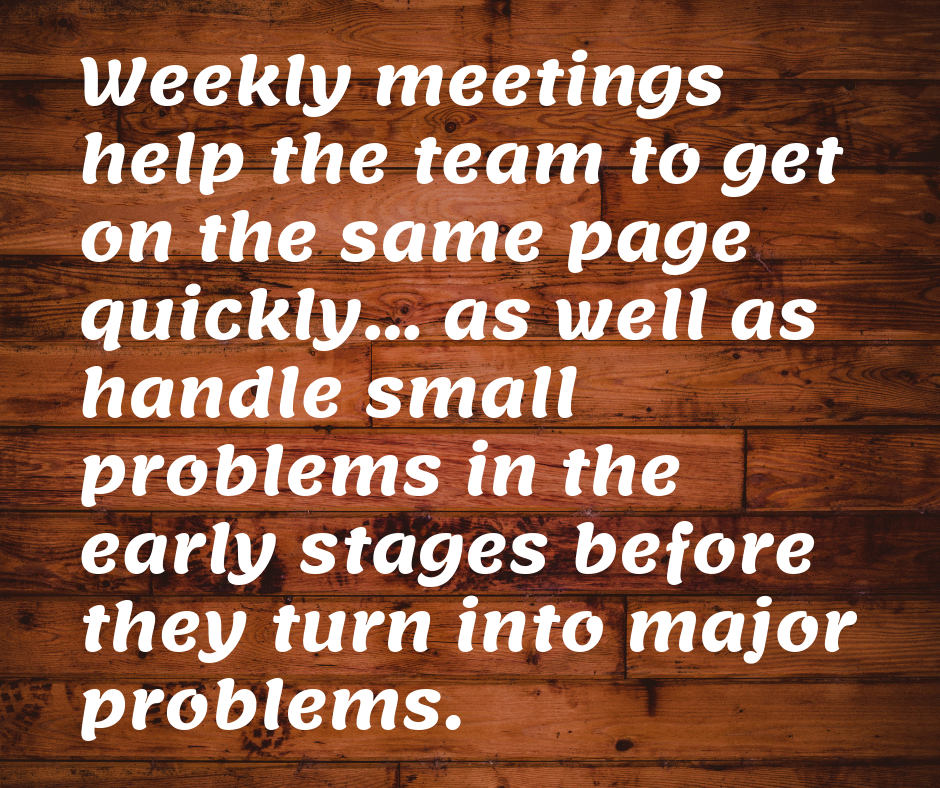 that poor morale can be caused by two few    meetings, but it was the case with Brad‘s  company. Brad knew he needed to correct the  issue fast. He corrected the problem with a 60  to 90 minute meeting every Tuesday morning,  which allowed himself, management and the  rest of the team to get on the same page  quickly as well as handle small problems in the  early stages before they turned into major problems.

Have at least one meeting per week and set an agenda for that meeting. Publish the meeting agenda for everybody in advance. After that set a time for the meeting. Everybody should know how long the meetings going to be before you start. Some days it’s 60 minutes and other days it may be 90 minutes.

Doing this will create pressure on everybody to be succinct. End the meeting at the specified time, even if there are unfinished items. This demonstrates to everybody that you are serious about keeping the meeting brief. If you need a crutch, then set a loud timer to go off 15 minutes prior to the meeting being over and then another one when the meeting is done. I like to stop the meeting 15 minutes prior to the end and allow for a couple of brief questions. After your meeting is over then this is the time for your one on ones. I suggest you have a one-on-one meeting with every member of your team each week. This will eliminate your “gotta minutes” because everyone knows ahead of time to save questions and concerns for this one-on-one meeting unless they are dire. 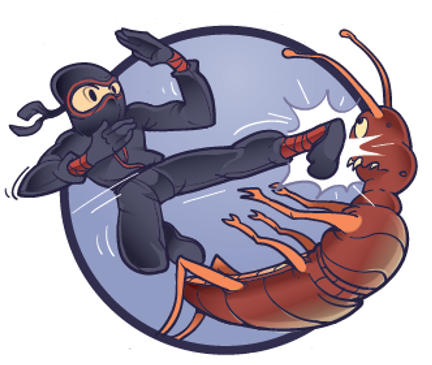 Get creative! Any idiot can hold a four-hour meeting. It takes a sharp individual to accomplish the same amount in 60 to 90 minutes.

Here are some creative ideas for successful, productive meetings:

Get people to show up on time.

- Impose a small fine that goes into an office pool.

- Make them sing a song if they are late.

- Lock the door one minute after start time.

- Have everyone turn off their phones and put them in a box on the way into the meeting.

- If someone is expecting an important phone call, then they should let everybody know prior to the meeting that they may be stepping out to handle it. They need to talk about how important it is and what it’s all about as well.

The meeting needs to end on time and move swiftly throughout.

- You need to have the person giving the meeting, walk out at the scheduled end time... After a couple of items at the end are missed, attendees will get the message.

Remember meetings are not for your employees to state the obvious or to promote themselves. If you let them, your employees will carry on and on about nonsense. The lack of control destroys your credibility. Also, we are all adults here and wasting time printing hand outs for elementary reading time is not a good way to conduct a meeting. Making each person read a paragraph is not only boring, but unproductive. You need to spend time properly preparing for your meetings. They need to be fun, informative and interactive. If you are just trying to kill time, everyone will know it. 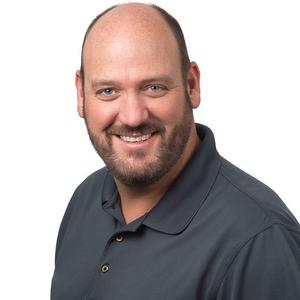 Gannon has been thriving in the pest control industry since 1996. He has worked as a Technician, Sales Inspector, Manager, Marketing Director, Chemical & Equipment Supplier, 3-Time Pest Control Business Owner, Investor and Business Coach. Gannon's experience and knowledge have helped businesses achieve success they never thought possible. Now, Gannon has created the world's best pest control e-learning platform to help you grow your business. He is determined to help you reach your goals and achieve success.

Enter your name and email